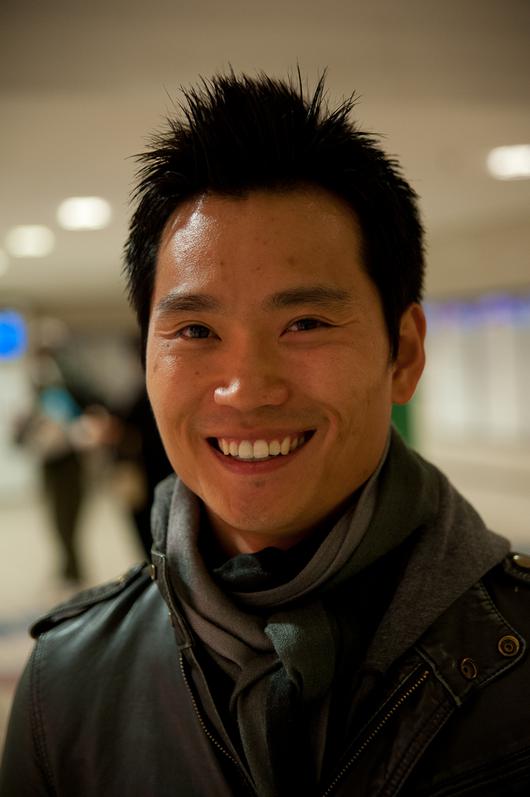 In the train to the city from Kings Cross, he asked if Martin Place was where the shops like Myer were. I said, not, that he wanted Town Hall. I also told him that all shops are closed (this was about 8pm). I finally found out that he wanted some pubs, not really shopping. So, at Town Hall I directed him to some nice places, like the Bavarian Bier Cafe. He's from South Korea, he's a bar and club manager, or in management of bars and clubs, and was over here checking out the scene. I asked him to write his name down, but I am going to have to get the aid of a Korean friend to help me write it!