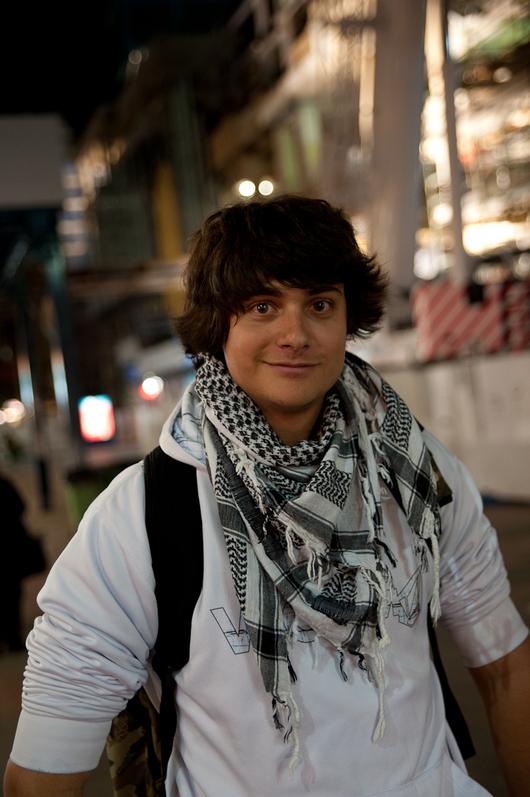 Laurent was with Jeanne (yesterday's dP). They stopped me to ask for a Chinese restaurant, which I did not know of around Pitt St Mall (does anyone?), so I asked if they wanted Japanese and showed them to Ichi Ban Boshi. Along the way they told me that they had been in Sydney for a month, because she has family, and they thought that one month was not nearly enough because there was a lot to see. She also said that since they are so young, they can't drive, which made me think of how young they actually are! Any guesses?